Filming at the Broadway Theatre Group 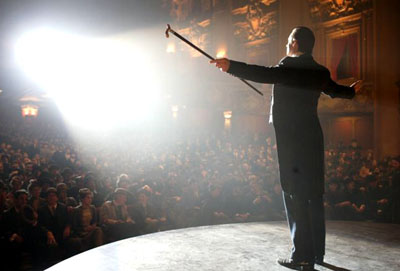 Several scenes in Christopher Nolan's The Prestige were shot at the Los Angeles Theatre and the Palace Theatre. 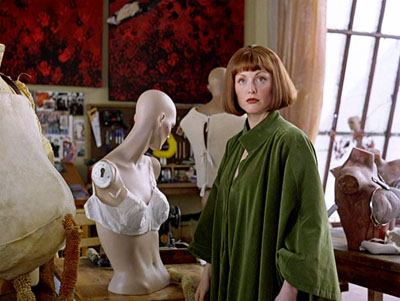 The loft at the Palace Theatre was transformed into Maude's studio for the Coen Brothers' The Big Lebowski.

For years the inherent beauty and historical character of L.A.'s Broadway theatres have made them ideal shooting locations for feature films, TV shows, commercials, music videos and magazine photo shoots and more.

The ornate grandeur of these movie palaces can transport the viewer back in time, as they have for films such as the Oscar-winning The Artist, Christopher Nolan's The Prestige or the upcoming Sacha Gervasi film Hitchcock. Or they can be used in more contemporary settings, such as in the Coen Brothers' The Big Lebowski.

In addition to its spectacular auditorium and stage, the Los Angeles Theatre features an elegant oval-shaped ballroom setting with a beautiful parquet floor. And the Palace features a loft with latticed windows set at a dramatic angle that has been used in a number of highly creative ways.

Visit the Venue Areas pages on the Websites for the Los Angeles Theatre, Palace Theatre and Tower Theatre for photos and more information.

Our long experience with shooting in these theatres enables us to make the process run smoothly, from site surveys to booking dates and pre-planning to the actual production itself.

For more information, contact manager@losangelestheatre.com or by phone at (213) 629-2939.